Harold and the Purple Crayon

In 2017, the Center for Puppetry Arts decided to adapt the classic children’s books series, Harold and the Purple Crayon, into a live puppet show. In the series, the main character, a little boy named Harold, imagines and draws creations that come to life. This premise led to a uniquely challenging problem. How would Harold draw the images in full view of the audience in a realistic manner?

After extensive research and brainstorming, I discovered the classic optical illusion invented by a magician in the mid-19th century, famously used by Disney in its Haunted Mansion attraction called the Pepper’s Ghost technique. Re-imagined with modern materials and technologies, the illusion could be used to overcome the challenge of drawing in mid-air. During the year and a half the show was in research and development, I came up with all of the technical solutions needed to bring this trick to life. My solid grasp of the mechanics of the trick allowed us to accurately predict where the imagery would land on stage, which was essential for pulling off the desired look for the show.

The Pepper’s Ghost effect is an optical illusion that creates a ghostly image by using a transparent reflective material, like glass, placed at a 45 degree angle to reflect the image of a hidden object or person onto a stage. For our effect, we replaced the unpractical material, glass, with a thin reflective foil stretched and suspended from a truss. We then placed a video screen on the stage floor beneath the foil. To generate the image, we used two projectors at the top of the truss to project an edge-blended image down onto the screen. That image is then reflected off of the foil creating the illusion that the video animations were directly interacting with the puppet on stage.

The live puppeteers of the main character Harold interacted directly with the ghostly animation, or they would if they could see the animation. To solve this challenge, a third projector on the floor behind the foil projected a camera feed up to a video screen whose reflection allowed the puppeteers to see from the audience’s perspective and thereby see where they were going.

During the 8 week run of Harold and the Purple Crayon, the Center for Puppetry Arts received praise regarding the magic of both the show and the use of the Pepper’s Ghost technique. Nearly 20,000 audience members came to experience the show first-hand and it was well received by critics. Edward McNally of Atlanta’s Creative Loafing wrote, “The entire effect is wonderful, whimsical, liberating, and genuinely comforting.” Susan Angeline of Arts ATL wrote, “The lighting and projections create so much dimension that they trick the eye into thinking you’re seeing a film instead of a live show…[and] has resulted in a show that patrons of all ages can appreciate for its quality and production value.” 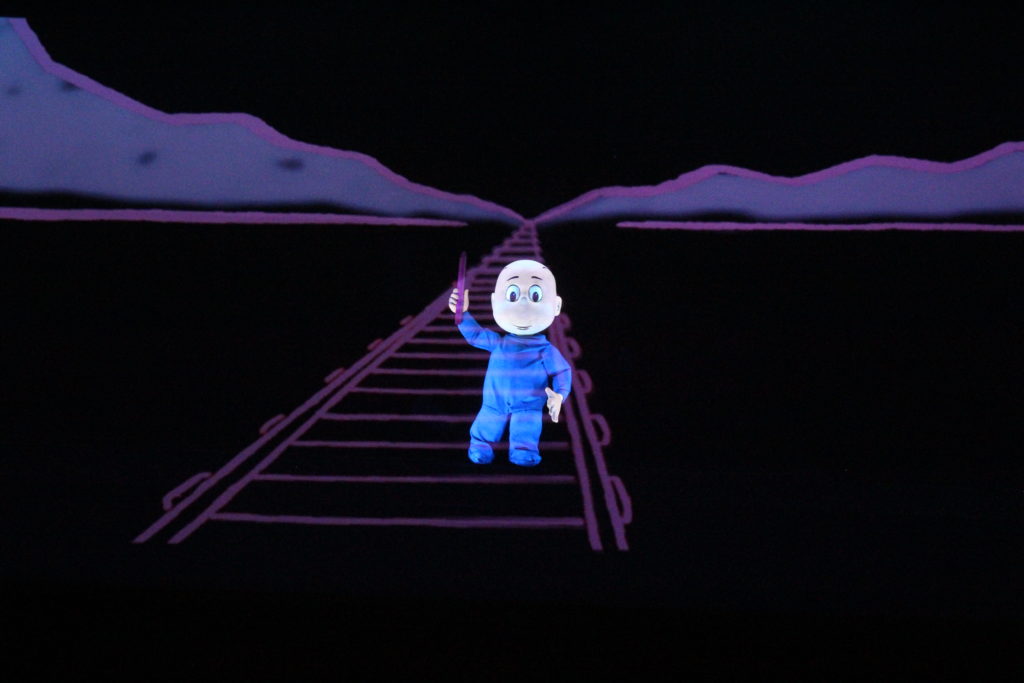 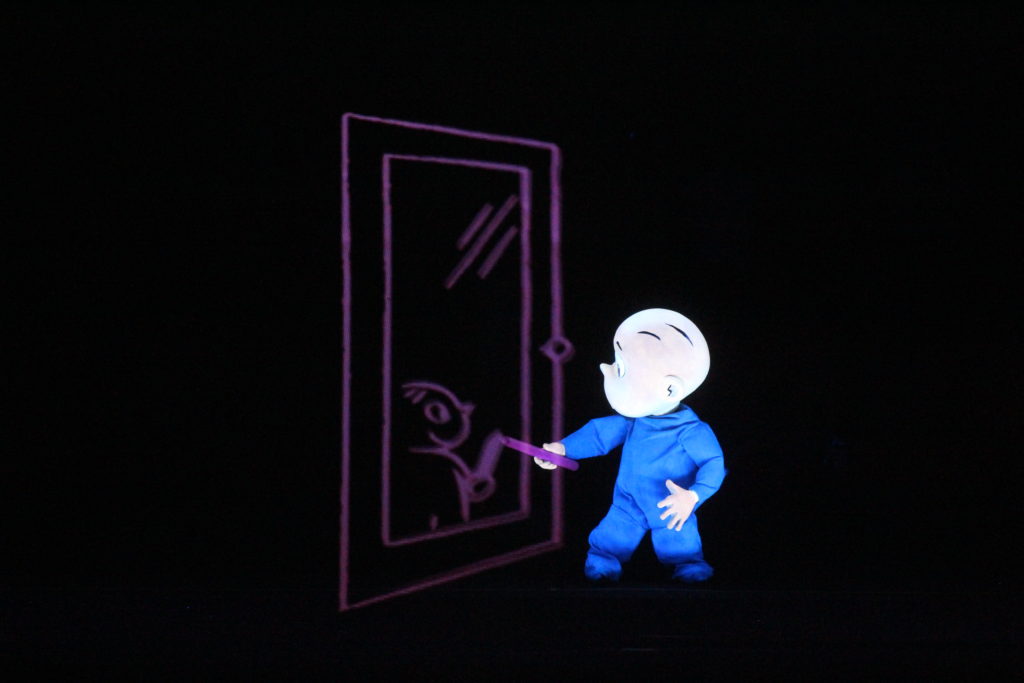